Since the start of 2016, private sector employment has increased 7%, while manufacturing employment rose by less than 4% during the same period. Manufacturing job growth stagnated last year, likely a side-effect of the ongoing U.S.-China trade war (see chart). The latest national employment data showed manufacturing payrolls declined by 12,000 in December.

Percent Change in Employment From January 2016 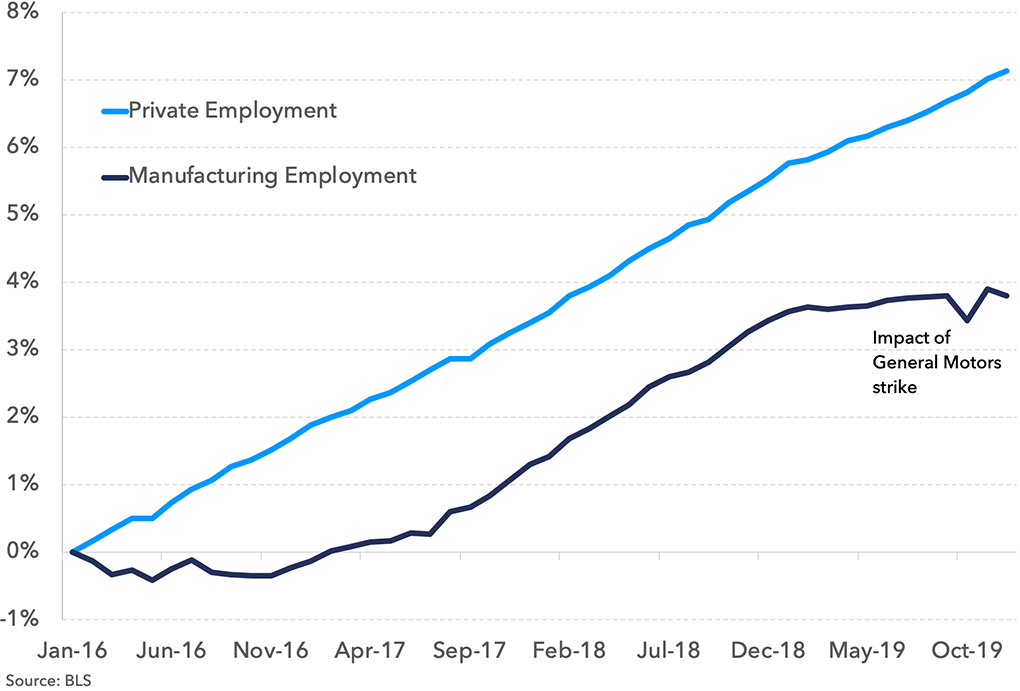 This could have political ramifications as many rust belt states, which helped deliver Trump the White House, were hit especially hard. The map below illustrates the percent change in manufacturing employment between November 2018 and November 2019 — states in red experienced declines. 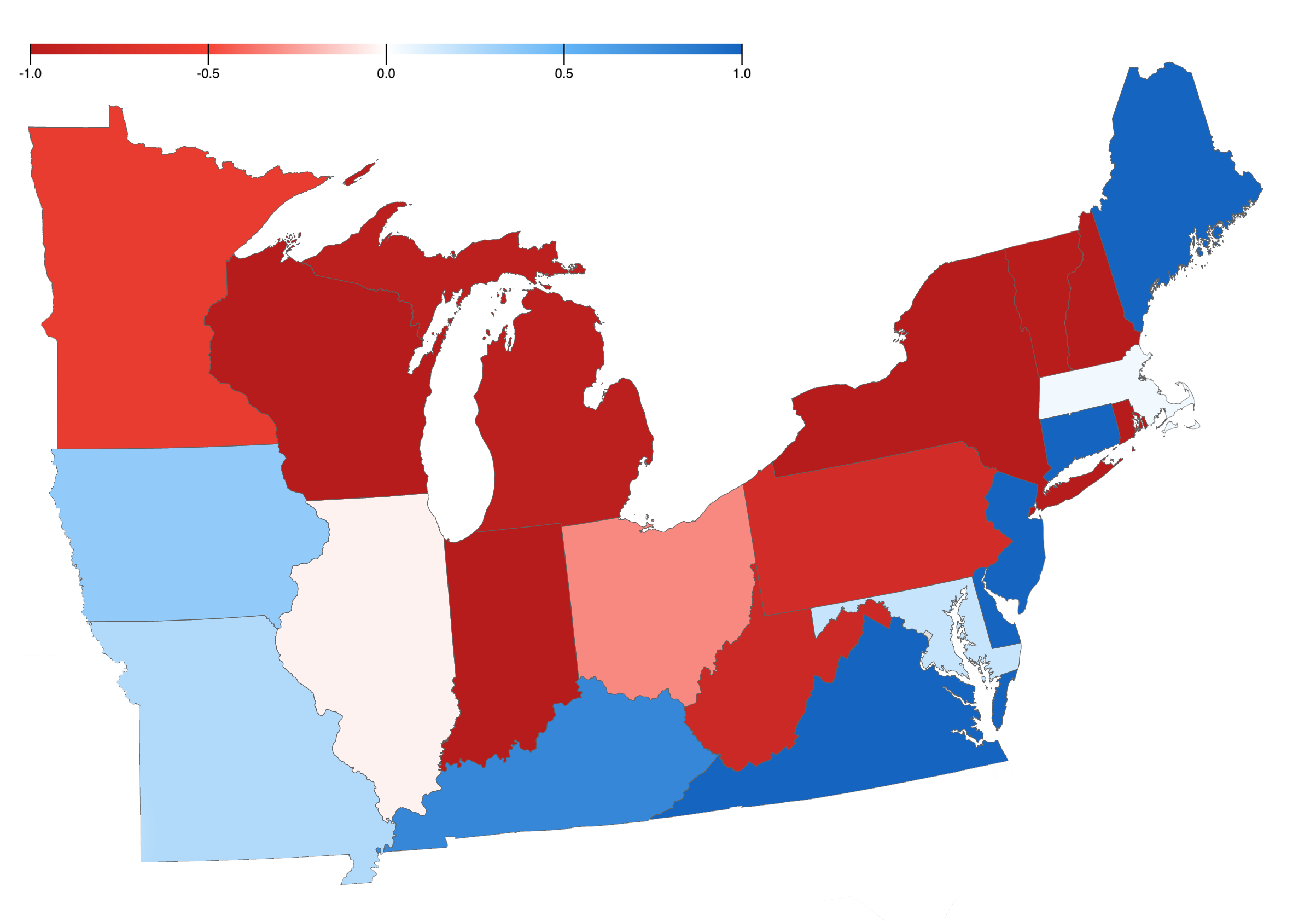 One other state that stood out: Oklahoma, which found the steepest manufacturing decrease, falling 3.3% between 2018 and 2019.

It is the softest reading since June 2009 — just as the U.S. was exiting the Great Recession.