Over 47,000 bridges in the U.S. are rated as structurally deficient by the Department of Transportation. Nevertheless, 178 million crossings occur over these bridges each day, according to an analysis by the American Road & Transportation Builders Association (ARTBA). Each morning nearly 150 million Americans commute to work by car and risk having their commutes disrupted due to structurally flawed bridges.

In total there are 235,000 bridges requiring structural repair, rehabilitation or replacement, which include the 47,000 structurally deficient bridges identified by the DOT, according to ARTBA. The estimated cost of repairing all of these bridges is in excess of $170 billion.

Better roads and safer bridges are key components of Mike’s 21st Century Infrastructure Plan. The maps below show the locations of the 47,000 DOT identified structurally deficient bridges nationwide and by select states: 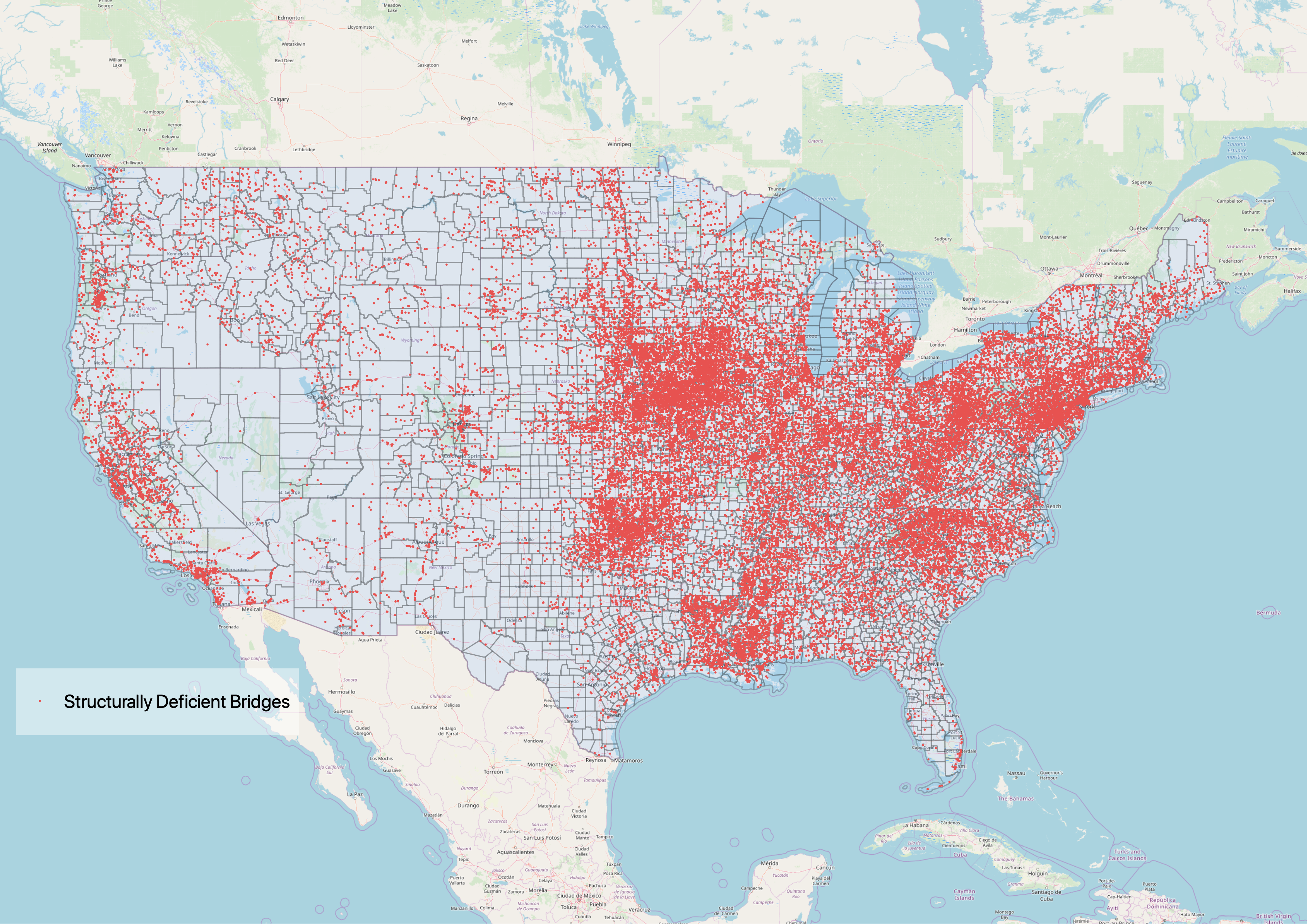 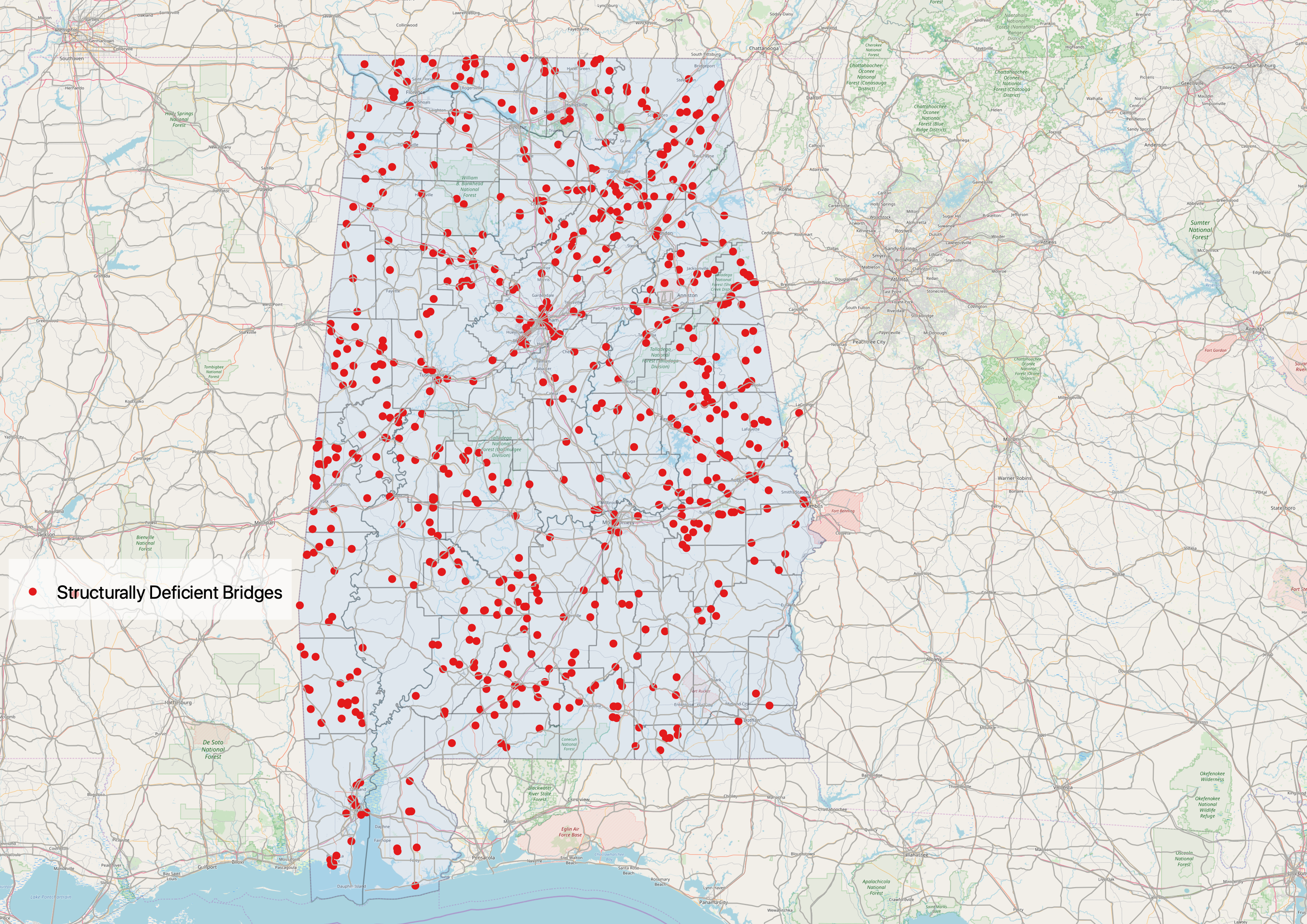 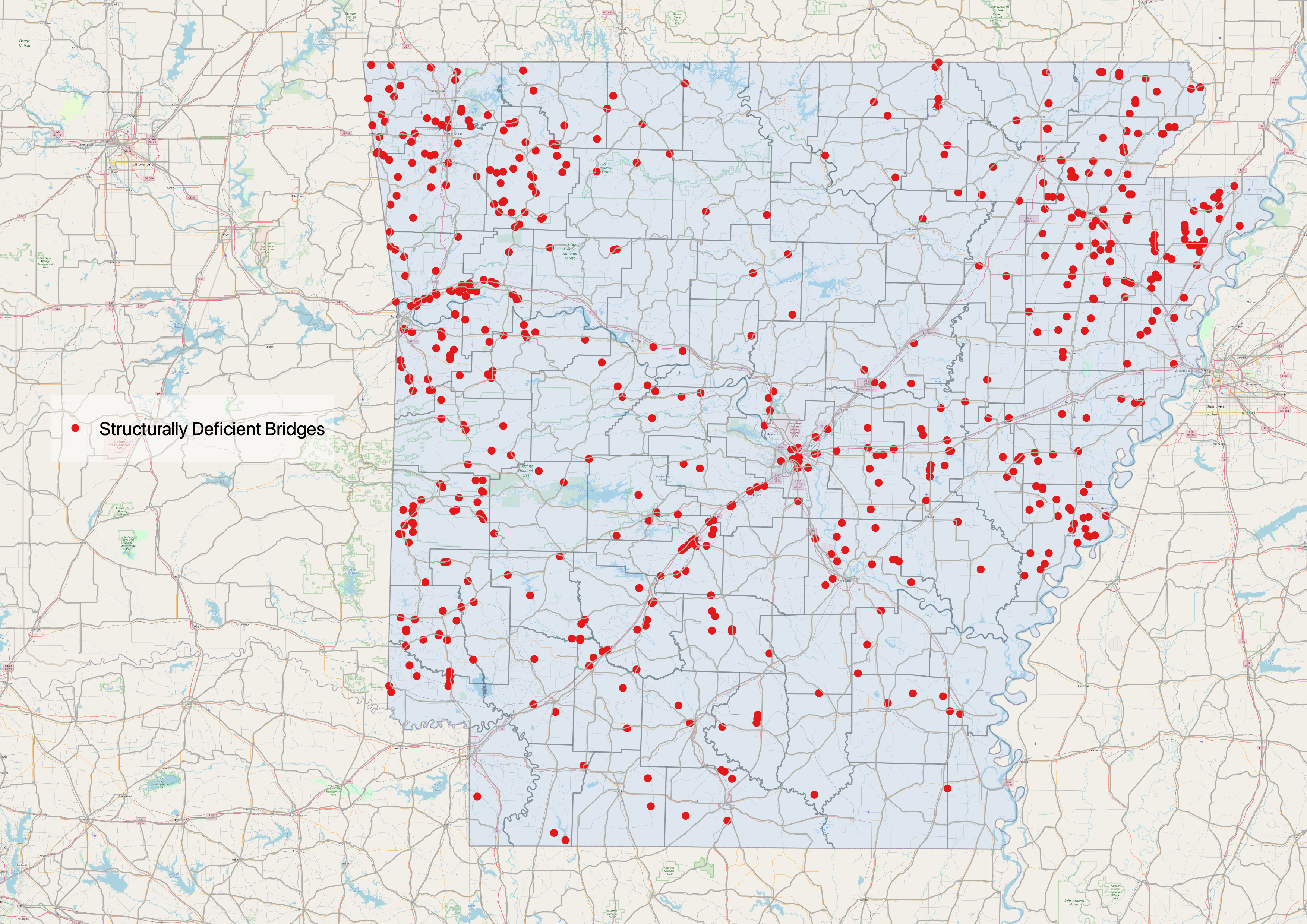 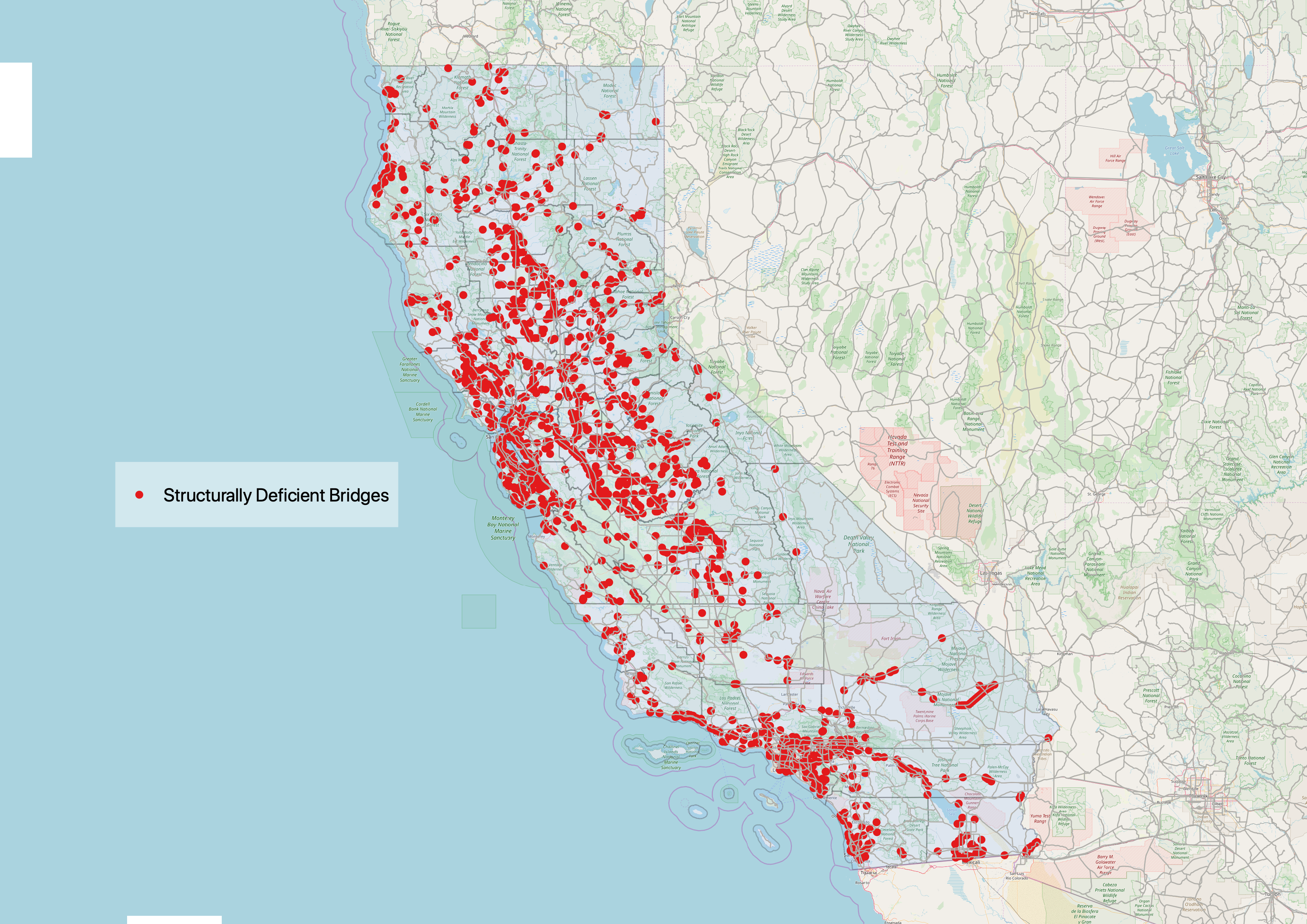 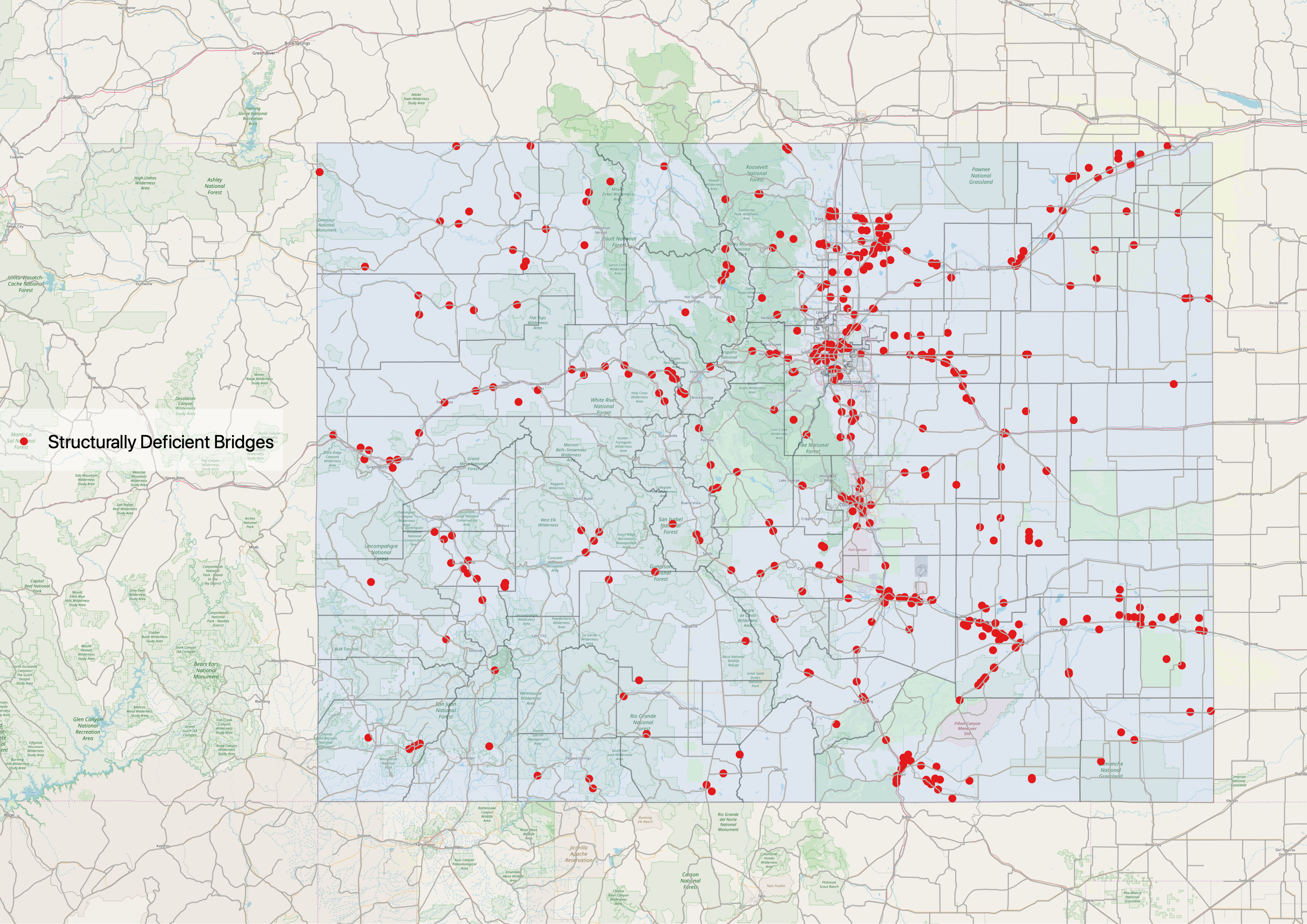 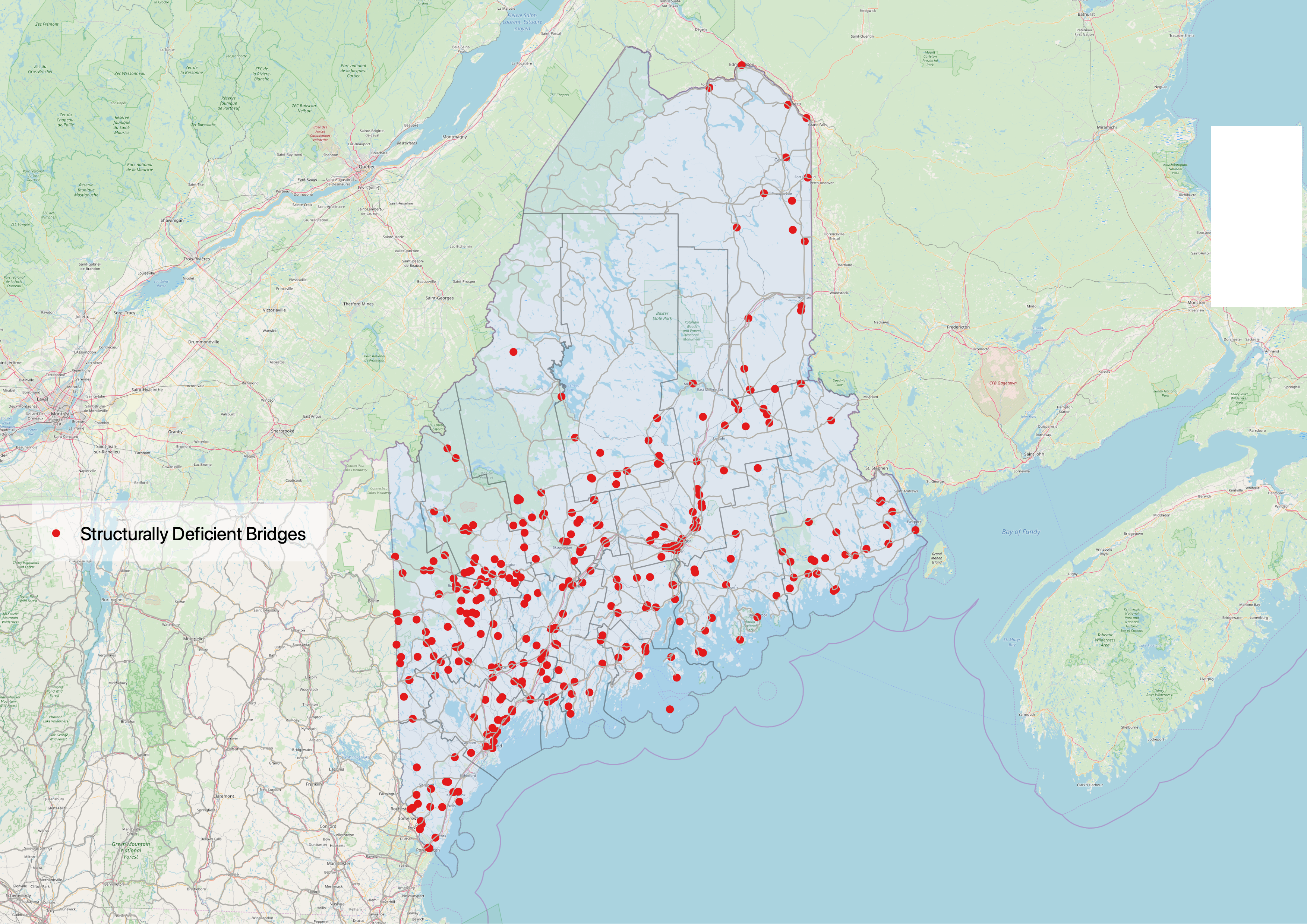 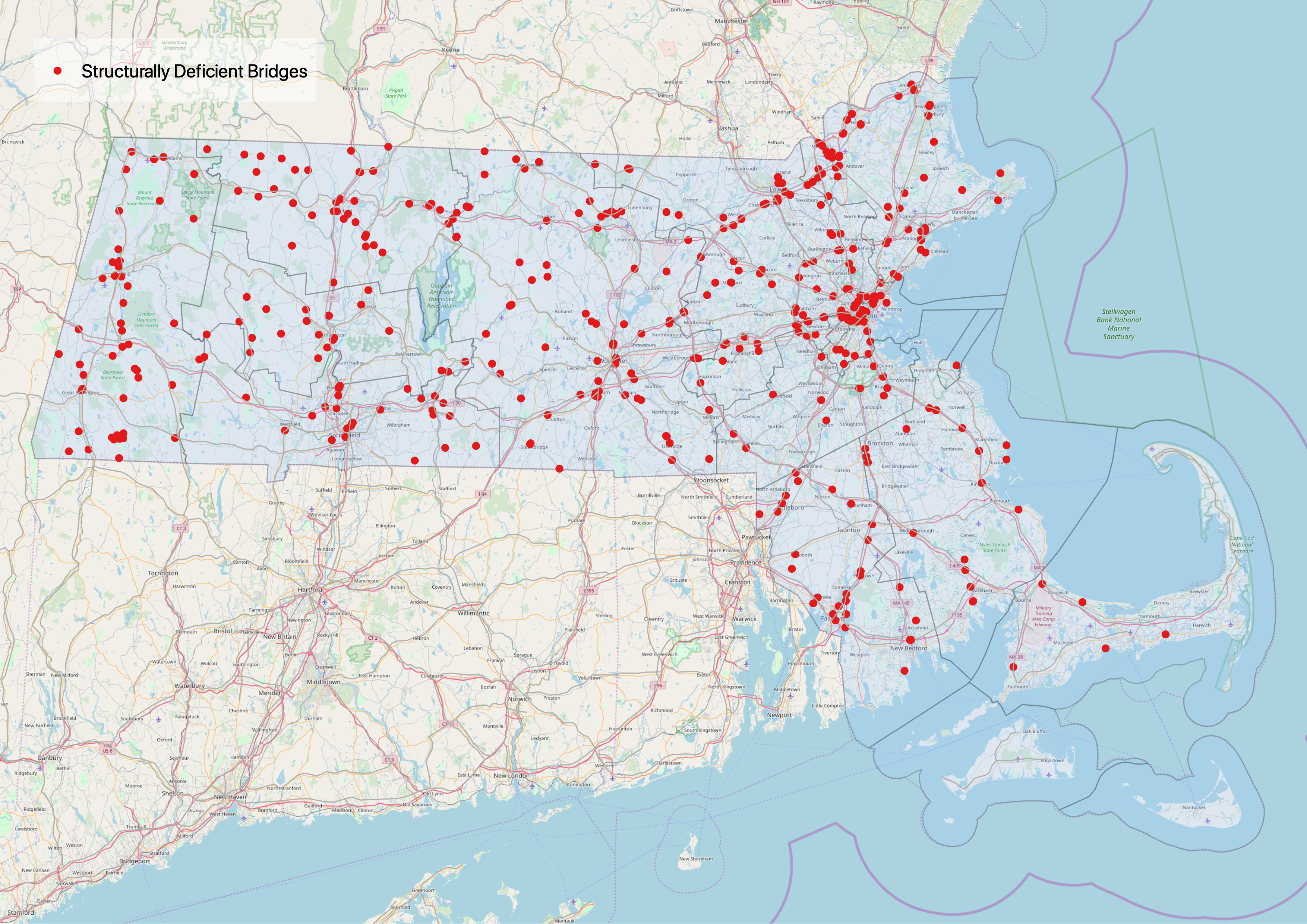 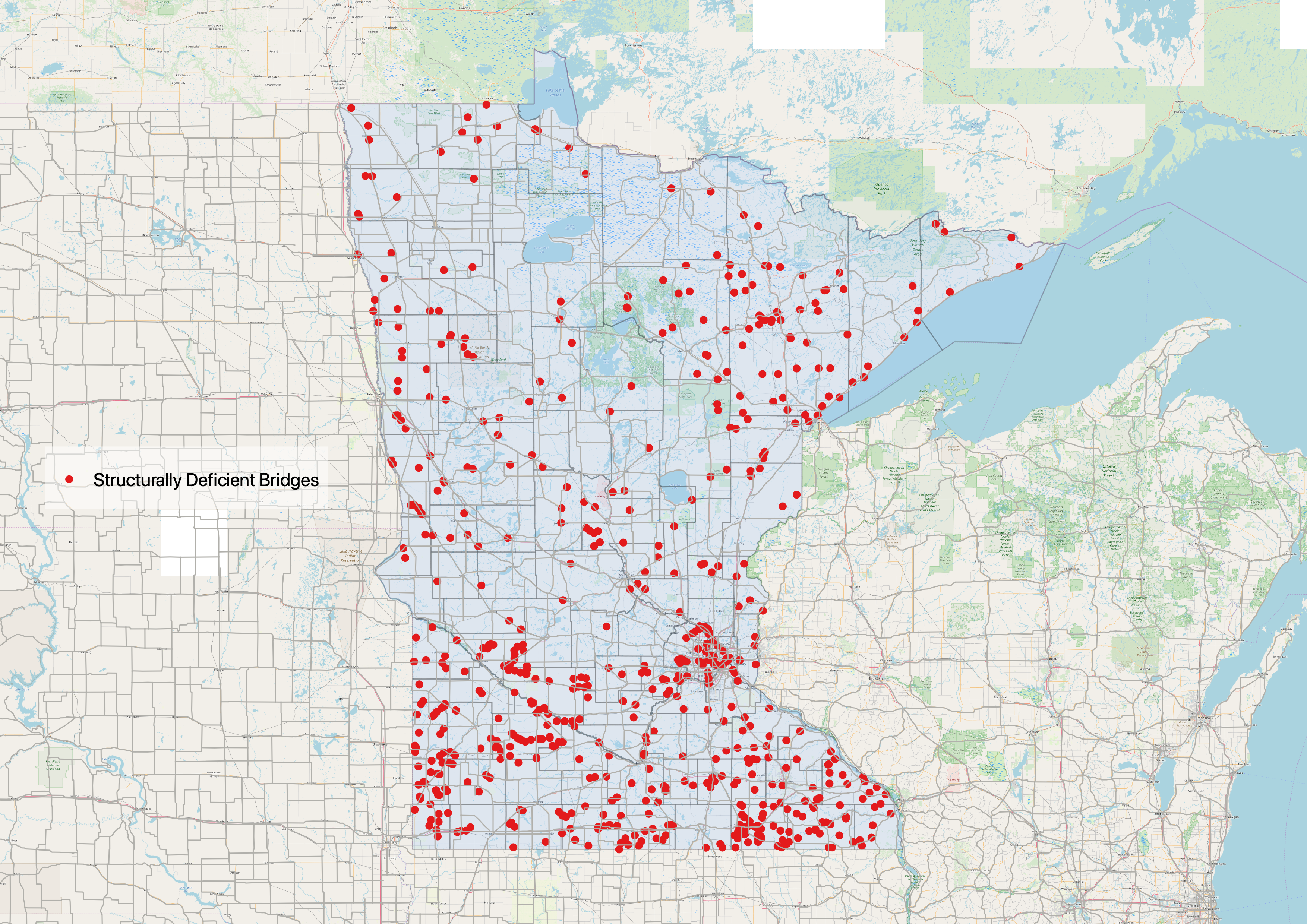 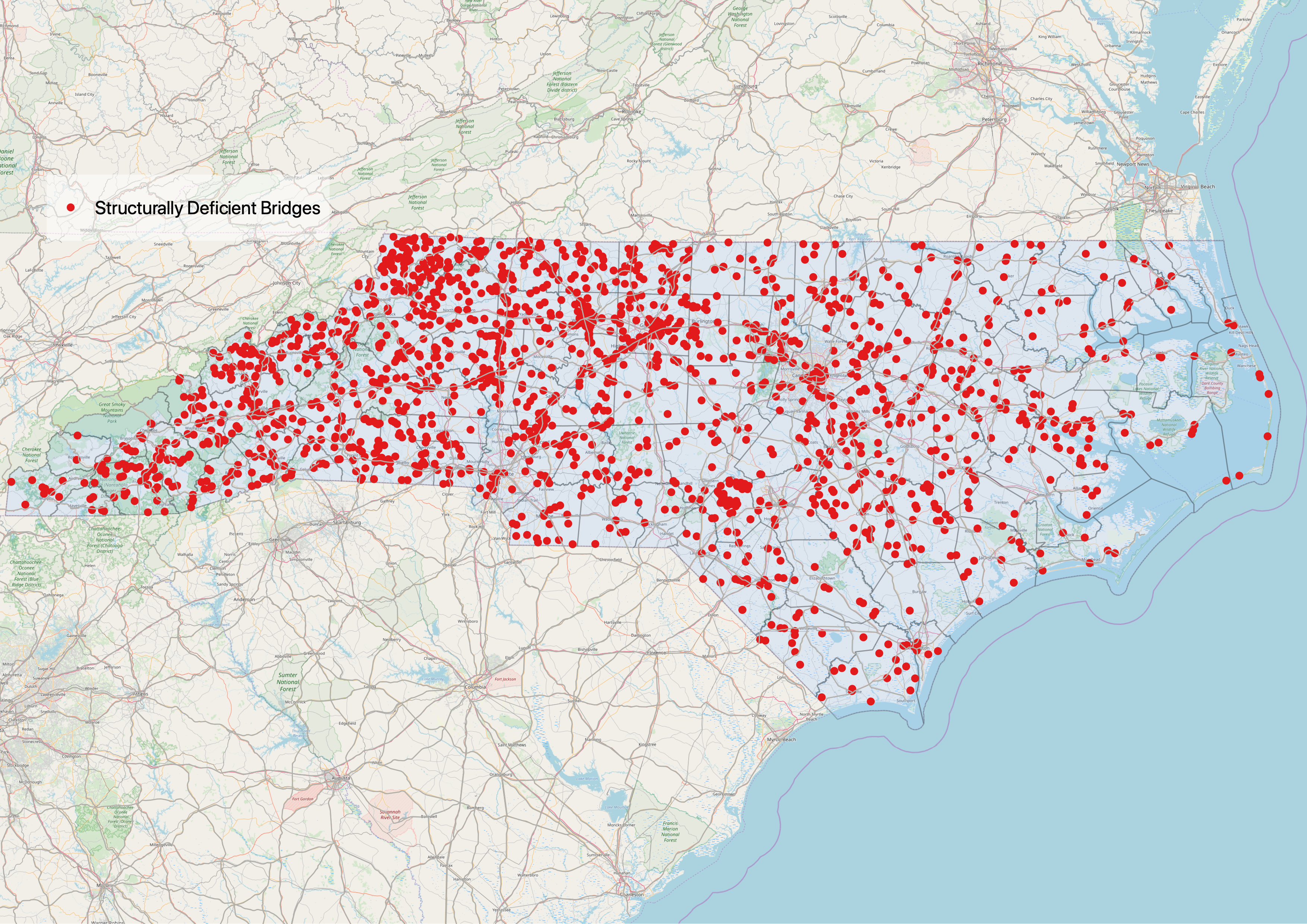 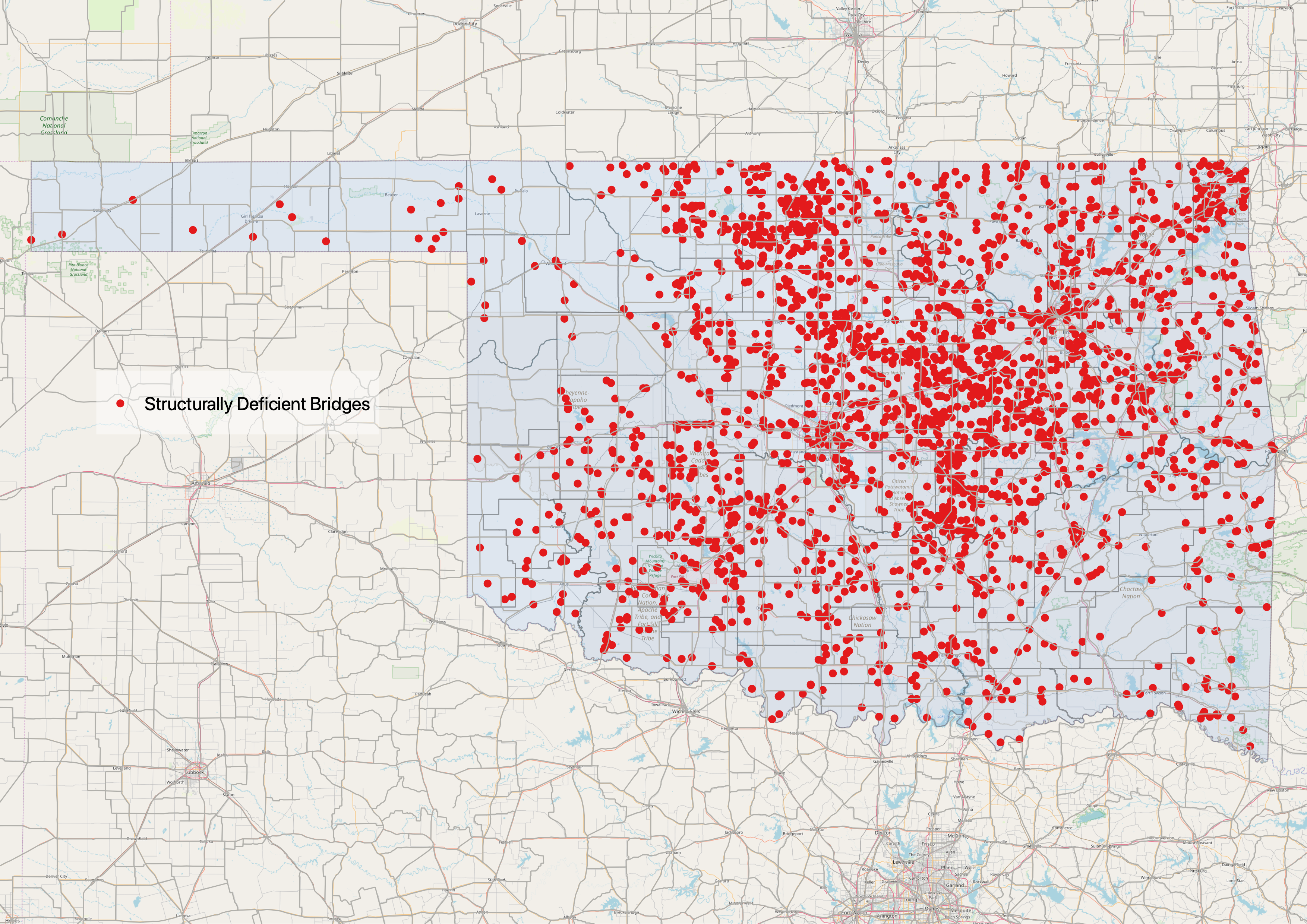 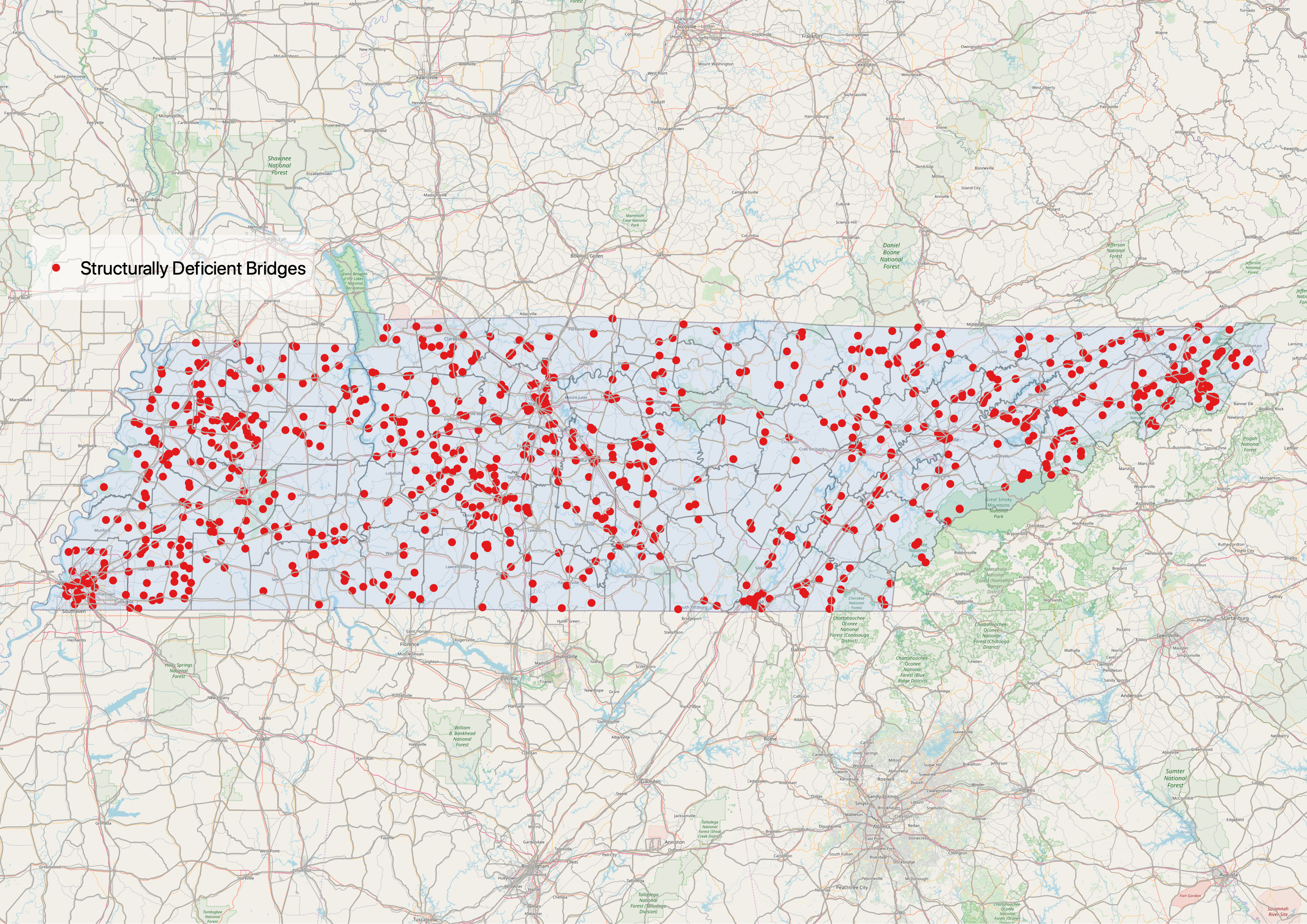 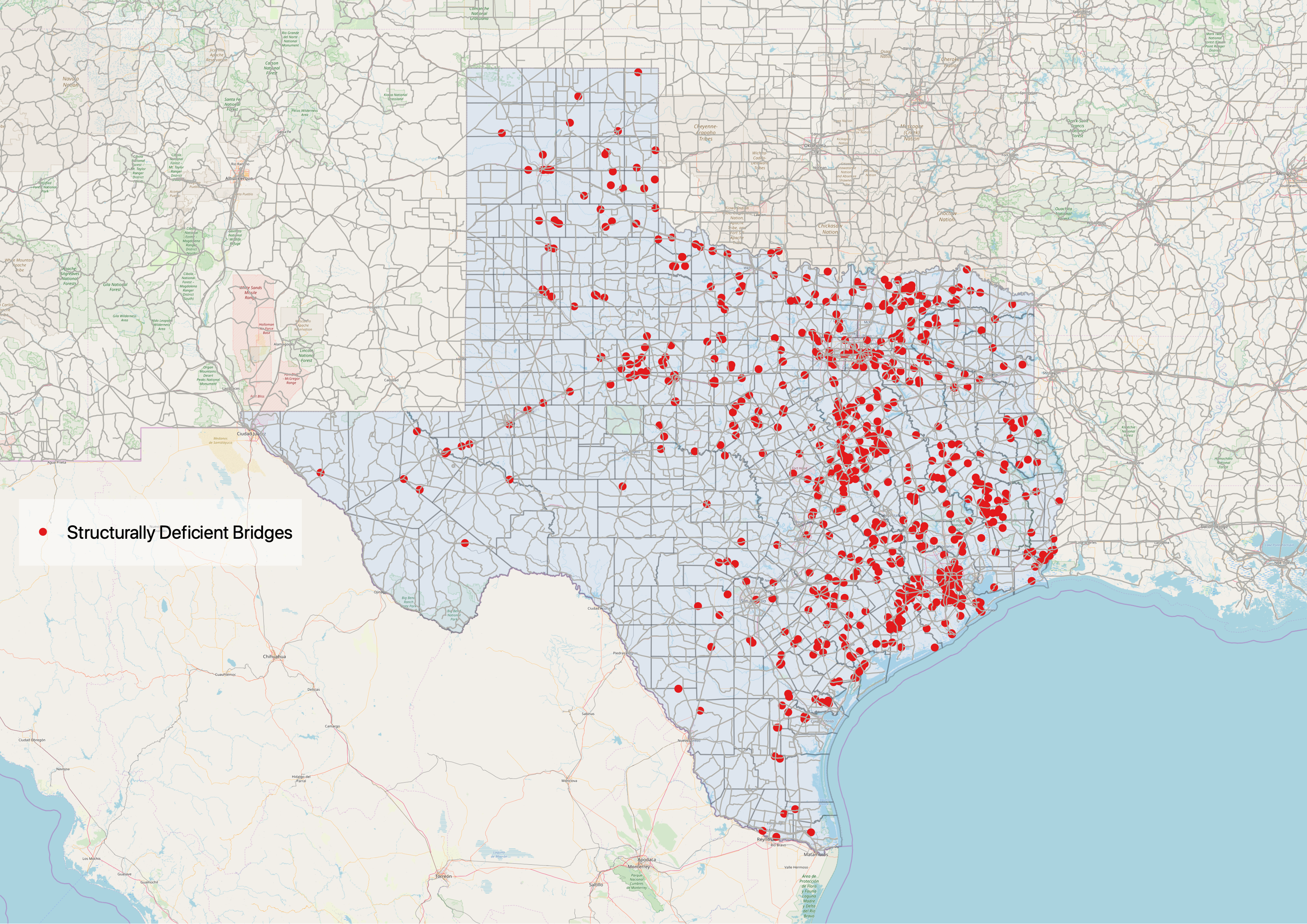 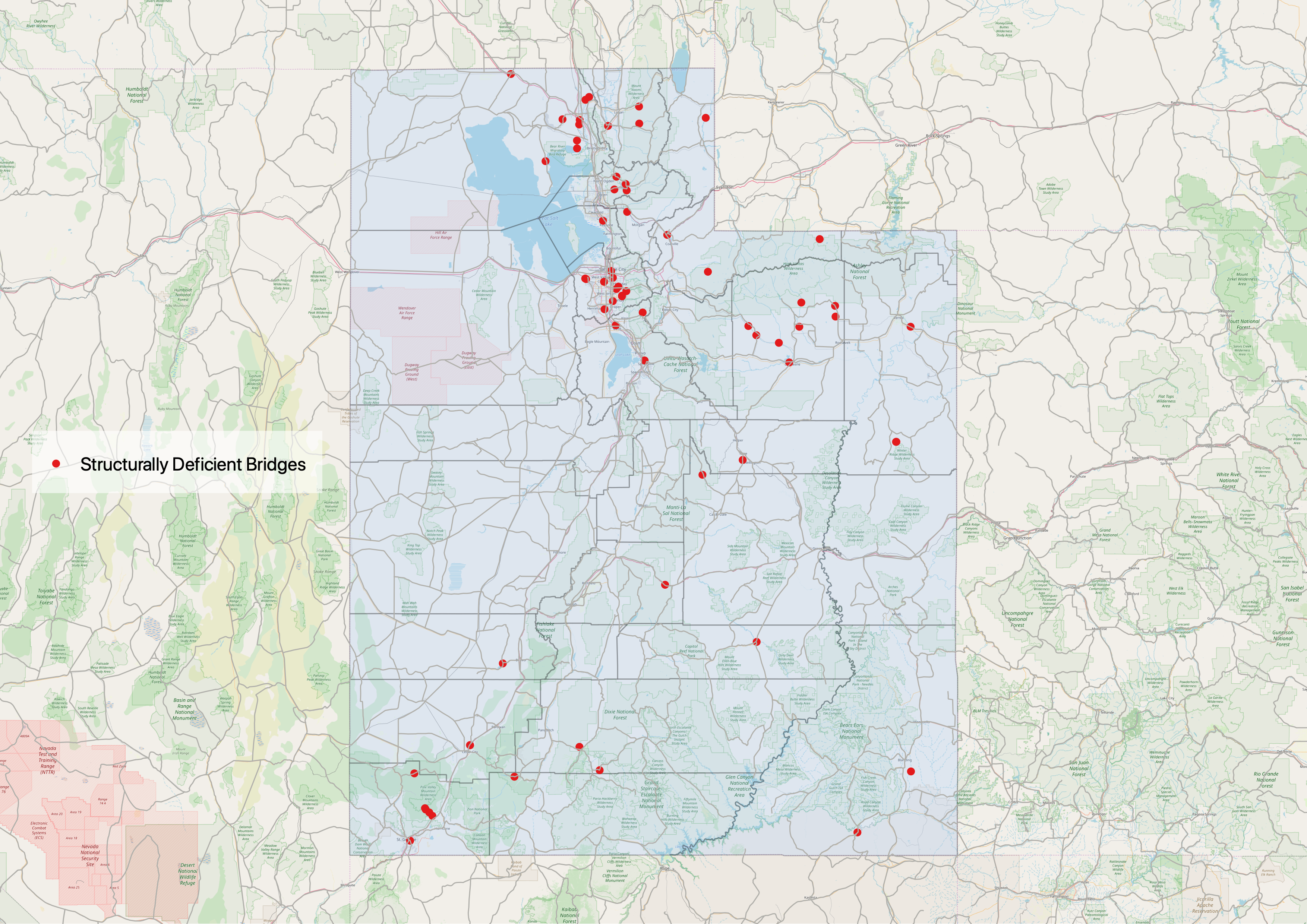 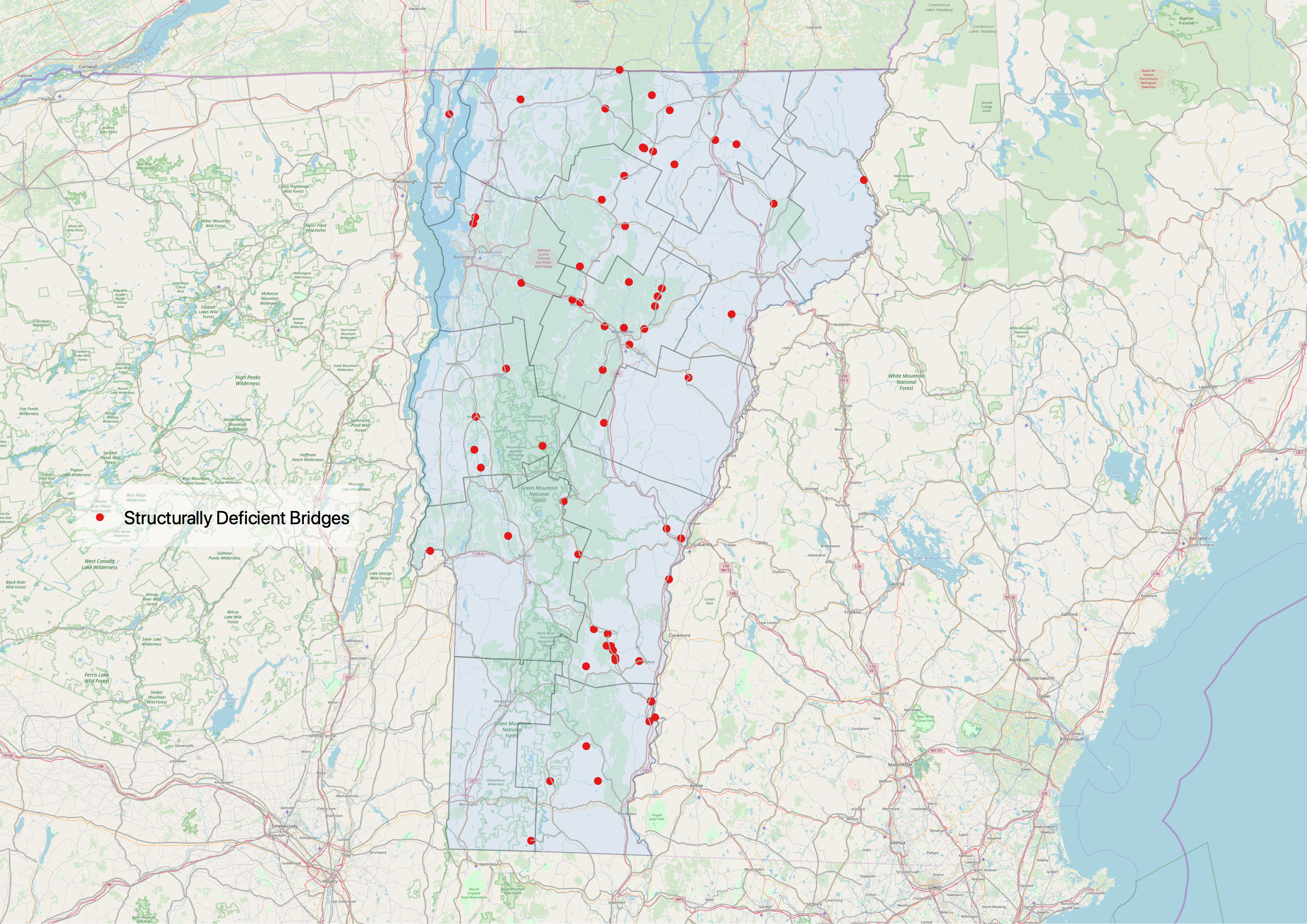 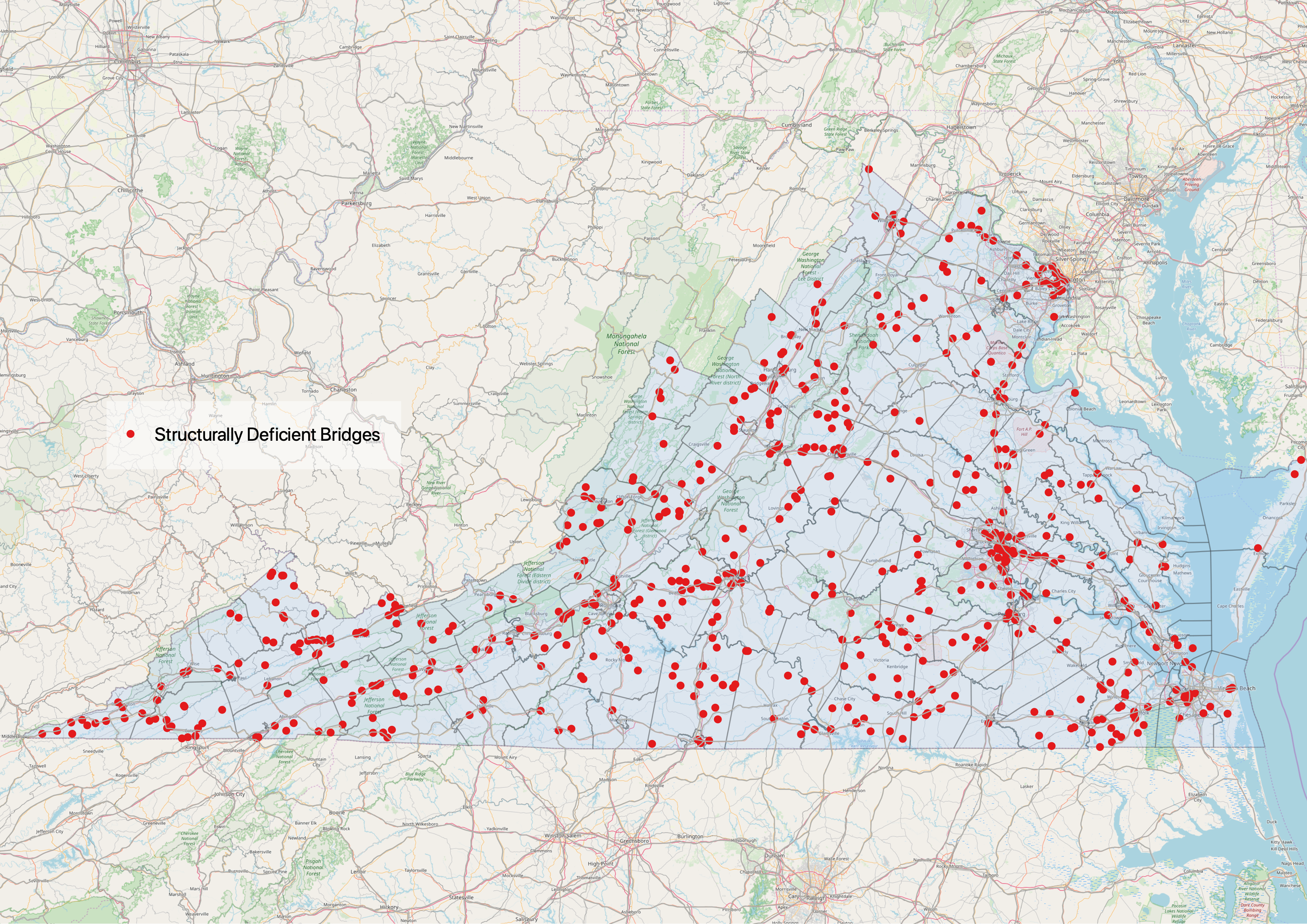