First Field Office in the Country Located in Charlotte 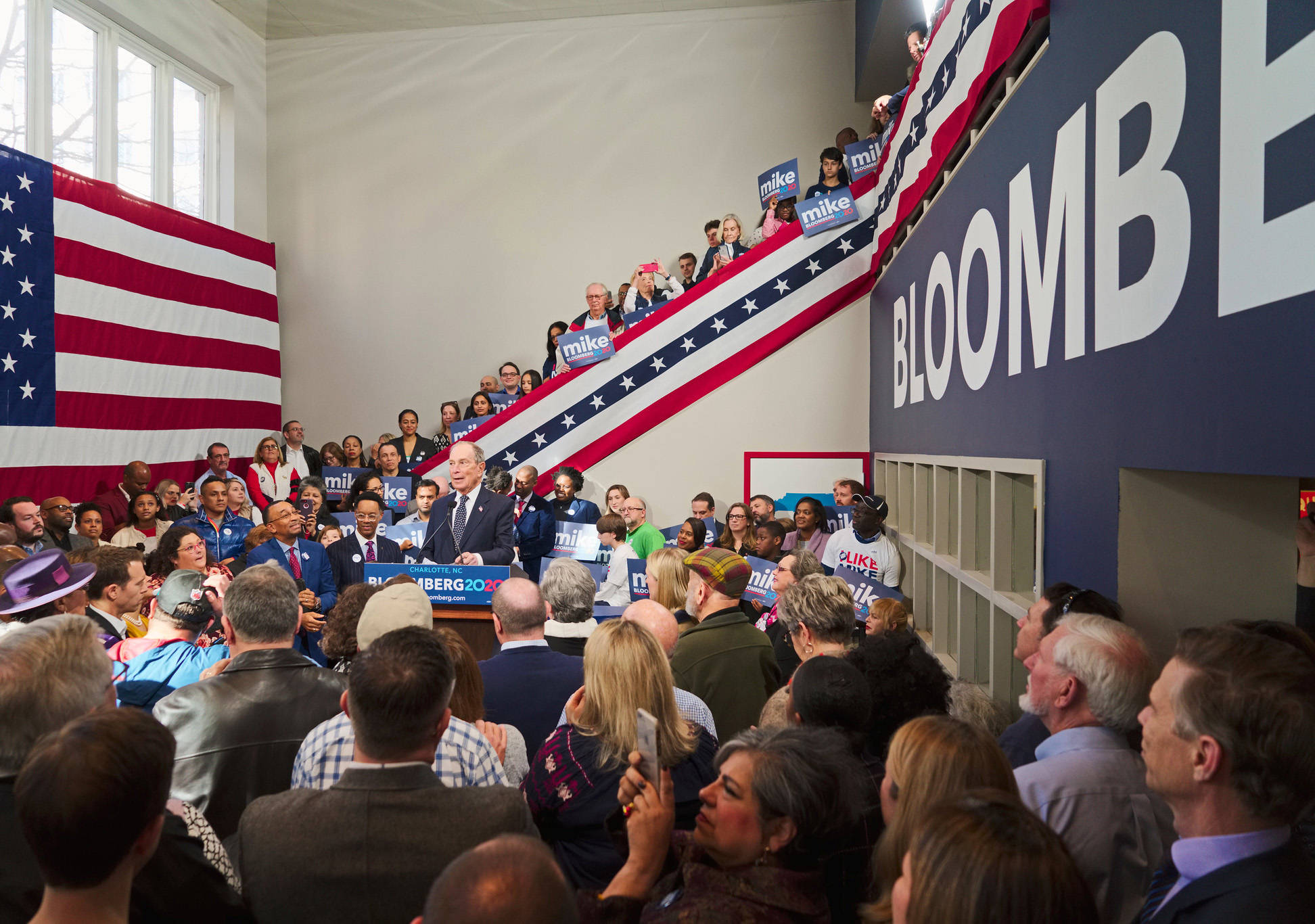 CHARLOTTE, NORTH CAROLINA — Democratic Presidential candidate Mike Bloomberg is in Charlotte today to open the North Carolina headquarters for his 2020 campaign. The Charlotte office is Bloomberg’s first field office in the country.

North Carolina is a crucial state in the 2020 election and one of the five states where the campaign has committed to registering 500,000 voters from traditionally underrepresented groups.

In keeping with Bloomberg’s commitment to defeating President Trump, the former New York City Mayor has pledged his support to keep the office and staff through the 2020 General Election to support the Democratic Party.

“To defeat Donald Trump in November, the Democratic nominee needs to win pivotal swing states like North Carolina – but right now, he’s running unopposed in them,” said Mike Bloomberg. “We’re changing that status quo by taking the fight directly to him and putting down roots in swing states across the country – starting with our first state headquarters in Charlotte.”

“I welcome Mayor Michael Bloomberg to Charlotte as he opens his first state campaign office in the country,” said Charlotte Mayor Vi Lyles. “I’m happy he chose to focus on North Carolina and specifically the Queen City for such an important milestone in his presidential run, as he’s already done so much for our community.”

The headquarters are located in the Uptown neighborhood of Charlotte. Nearly two dozen staffers are focusing on building campaign and field operations across the state of North Carolina, with a staff that will grow appreciably in the coming weeks.