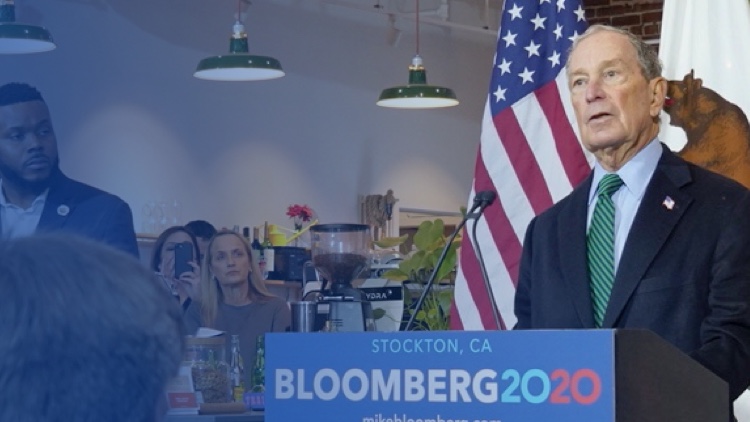 Mike’s housing proposals address the nation’s severe shortage of affordable housing, including an expansion of funding for the Low-Income Housing Tax Credit (LIHTC) that would add hundreds of thousands of units of affordable housing over ten years. The proposal also calls for an increase in federal spending in programs like Public Housing Capital Fund, the HOME program, Community Development Block Grants. In addition, the proposal sets aside $10 billion for a competition to reward municipalities that offer the best solutions to restrictive zoning and other obstacles, as well as increasing funding for federal housing vouchers and reforming them.

Mike’s proposals to reform the Earned Income Tax Credit (EITC) focus on the need for effective programs to raise the incomes of low-wage workers, encourage economic participation, share the gains of growth more broadly, and do as much as possible to end poverty in work. The proposals call for reforming the EITC to make it much more generous, especially for single childless workers, as well as simplifying the rules so that the credit is easier to administer. He also proposed a pilot program to expand the EITC benefit to cover family caregiving and other forms of unpaid or ineligible employment, with the goal of making this an integral part of his EITC reform. The proposal will also increase the Child Tax Credit to make it fully refundable, and phase it in faster, starting with the first dollar of earnings. The Child Tax Credit currently works alongside the EITC and raises the incomes of almost all working families, but it does too little for the poorest households.

And, as part of the proposal, Mike is calling for the minimum wage to be raised to $15 an hour by 2025 and then to be indexed to growth in median earnings.

“I’m running for president to reunite and rebuild our country — because too many Americans are struggling just to get by, and they’ve been ignored by Washington for too long,” said Mike Bloomberg. “The proposals we announced today reflect my determination to wage war on poverty — a more innovative and effective war, not business-as-usual, and one that engages trailblazing local leaders like Mayor Tubbs.”

America is facing a housing crisis. Too many people can’t afford a decent place to live. Too many people are homeless or at risk of losing their homes. Too many people have been excluded from opportunity and from building housing wealth. As president, he will introduce reforms aimed at getting more Americans into places they’ll be proud to call home, where they can realize their full potential.

1. Mike will work to alleviate the nation’s severe shortage of affordable housing, break down barriers to building it in places where people want to live and ensure that the nation’s poorest can get into it.

Mike will aim to add hundreds of thousands of new affordable housing units throughout the country.

Mike will give cities incentives to open up the most desirable neighborhoods to affordable housing.

2. Mike will tackle America’s homelessness problem by expanding efforts to provide housing and prevent people from becoming homeless in the first place.

As president, Mike will apply what worked in New York City to the entire country, giving cities the tools they need to help the hundreds of thousands of people who, on any given night, must sleep on the street or in a temporary shelter.

3. Mike recognizes that generations of discriminatory public policy — such as redlining, which effectively denied federal loan guarantees to minorities — have prevented some Americans from accumulating housing wealth and left them concentrated in high-poverty, low-opportunity neighborhoods.

As president, Mike would take an evidence-based approach to addressing inequities in housing access and wealth, and enforce laws designed to ensure that developers, landlords and lenders act fairly.

Mike Bloomberg is committed to making work pay. The U.S. needs effective programs to raise the incomes of low-wage workers, encourage economic participation, share the gains of growth more broadly, and do as much as possible to end poverty in work. His proposals include:

1. The Earned Income Tax Credit is the most successful federal policy for making work pay.

It provides cash support for the lowest-income workers and reduces the taxes owed by others, lifting millions of families out of poverty. But it falls far short of what’s needed.

Such a low minimum wage harms workers in its own right, but it also undermines the EITC. Employers are able to capture some of the EITC’s benefit to workers by cutting wages. Mike will call for the minimum to be raised to $15 an hour by 2025 and then to be indexed to growth in median earnings.

3. The Child Tax Credit works alongside the EITC and raises the incomes of almost all working families.

But it does too little for the poorest households. Mike will increase the Child Tax Credit, make it fully refundable, and phase it in faster, starting with the first dollar of earnings.

As mayor of New York City, Mike launched an ambitious affordable housing project, opened large swathes of the city to development and worked to ensure that the poorest had the resources to get roofs over their heads.

As mayor, Mike saw discriminatory and predatory practices in action, when the subprime lending boom led to concentrated distress in the city’s majority-minority neighborhoods. He launched an early and aggressive response through the Center for New York City Neighborhoods, which provided free advice and legal aid to help thousands of families navigate loan modifications and avoid foreclosure.

Under Mike’s New Housing Marketplace Plan, New York City built or preserved more than 170,000 affordable housing units between 2002 and 2013. He rezoned more than 11,000 blocks — about 40% of the city — and prioritized housing near transportation and job centers.

Mike created 9,000 units of supportive housing under an innovative city-state deal that was by far the largest of its kind in U.S. history. The 2005 agreement — aimed at reducing chronic homelessness — included, for the first time, units for youth and families with special needs and other barriers to stability.

Mike also launched the Homebase program in 2004 to mobilize community groups, landlords, tenant associations and others to keep at-risk families out of city shelters and in their own homes. The program achieved a 20% reduction in shelter use for those who participated, won the 2009 HUD Secretary’s Opportunity and Empowerment Award and became a model for cities globally.

As Mayor of New York City, Mike also created Paycheck Plus, a pilot program to supplement the federal EITC (and a third-party study showed it worked). And under his leadership, New York City expanded access to free tax-preparation services, and launched a program to mail pre-filled EITC applications to eligible workers.

Mike has an unparalleled record of developing innovative strategies addressing economic opportunity. In addition to taxing the wealthy, New York City under Michael Bloomberg took groundbreaking approaches to address poverty that left low-income New Yorkers more financially secure than at any point in the history of the world.

Started a local Earned Income Tax Credit (EITC) benefit in 2004 to help working families afford their most vital need and transition them out of poverty.

New York City has assembled the most comprehensive Tax Coalition in the country, with hundreds of community organizations working with DCA and NYC Free Tax Prep providers to make free tax preparation services available throughout the city and to educate New Yorkers about tax credits for which they might be eligible.

The Child Care Tax Credit was implemented in 2007 to aid low-income families with childcare costs while enabling parents to maintain full-time jobs. City residents who earn $30,000 or less and pay childcare for children up to the age of three may qualify for this tax credit.

Over 50,000 New Yorkers claimed the City’s Child Care Tax Credit in the first year of implementation and claimed over $30 million. Each filer received a refund of $600 on average. Between 2007 and 2013, the Child Care and Dependent Tax Credit put $108.7M in the pockets of New York’s low-income families.

Innovative programs to lift people up.

As mayor, Mike helped raise incomes for working families, created local tax credits to boost earnings, expanded access to public health insurance, and connected more people with career opportunities. New York City became a pioneer in the fight against poverty, creating successful new public-private partnerships that have been replicated across the country. The result was that during Mike’s time as mayor, New York City was the only large U.S. city not to experience an increase in poverty.

As mayor of New York City, Mike created the largest affordable housing program in the country. He led the push for long-overdue zoning reforms that laid the groundwork for new affordable units. He created incentives for builders of affordable housing and established public-private partnerships to fund new development, while also preserving thousands of units for middle- and moderate-income families.