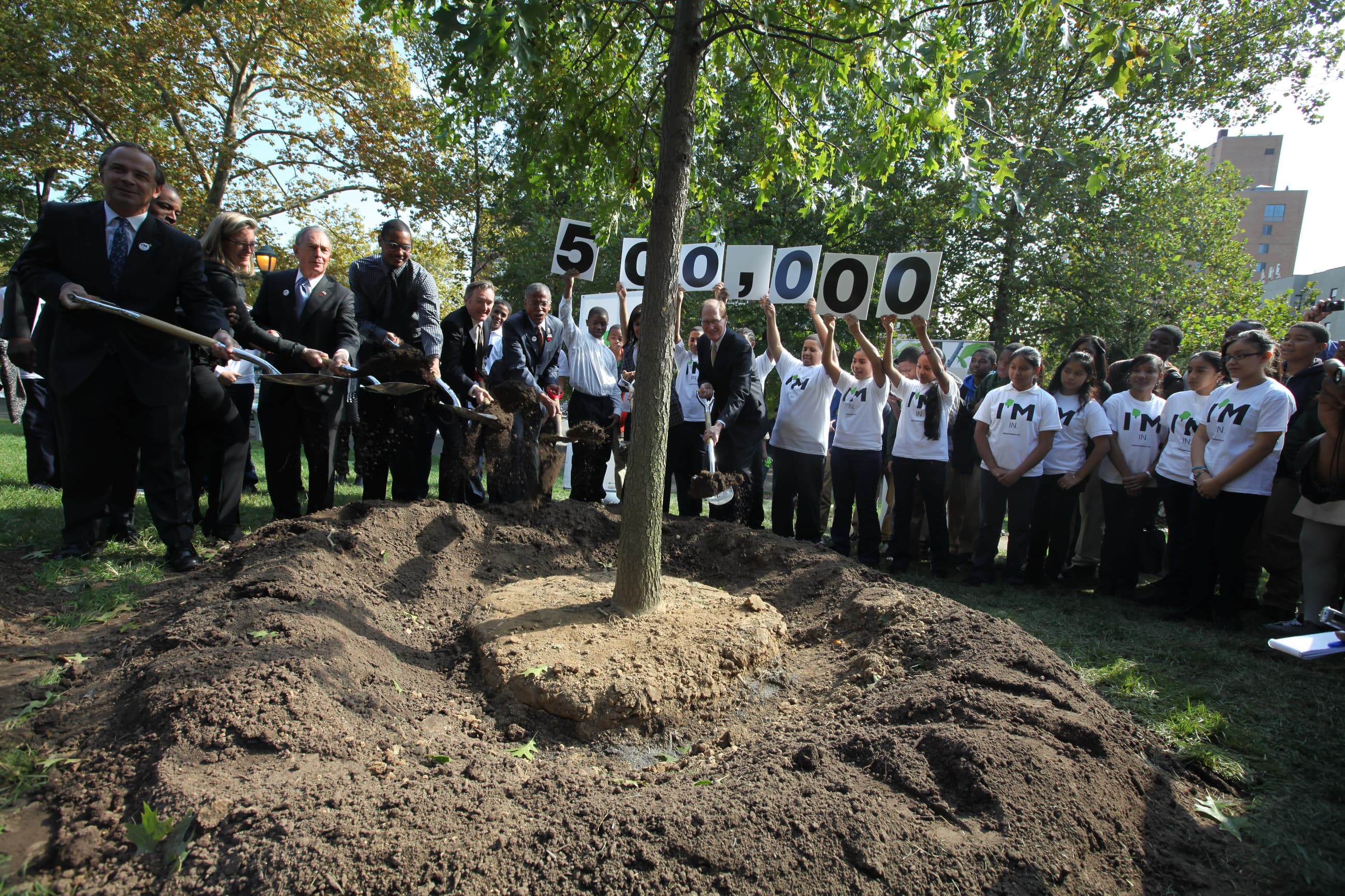 The following is the text of Mike Bloomberg’s remarks as prepared for delivery:

“Thank you, Jack, for that kind introduction. I won’t complain that you didn’t keep it to 140 characters.

“It’s great to be here to celebrate the Sierra Club’s 125th Anniversary – and it’s been a pleasure to work with the Club for the past decade.

“As Jack mentioned, we launched New York City’s first sustainability plan in 2007. As part of that effort, I advocated for a national carbon tax. But by 2010, it was clear that a carbon tax wasn’t going to happen, and even a cap-and-trade bill had collapsed in Congress. Washington had failed us once again – and a lot of people thought that was the end of U.S. leadership on climate change. They didn’t have a Plan B.

“But shortly thereafter, the Sierra Club came to me with an idea. The Club had just successfully fought the opening of hundreds of coal-fired power plants and they had the audacious idea of launching a campaign to close down one-third of the nation’s existing coal-fired power production.

“As soon as I heard about the idea of local action leading us to a new energy future, it knew it was something we could achieve with the right partners the right plan and the finances to get it done. Today, I can tell you that it really has been one of the most rewarding projects I’ve ever been involved in and it would be It’s hard to find a better return on investment, when you count both the lives saved and the emissions reduced.

“Six years after we started, nearly half of all coal plants in the country have closed or begun the process of closing. Outside of some people in this room, I think it’s fair to say no one believed that was possible! I’m not even sure I did. But it happened because Carl Pope, Mike Brune, Mary Anne Hitt, Bruce Nilles, board Chair Aaron Mair and everyone at the Sierra Club organized millions of people to stand up for clean air and clean water.

“Just think about this: Back in 2011, 13,000 Americans were dying every year from coal plant pollution. Today, that number is down to about 7,500. If that isn’t cause for celebration, I’m not sure what is.

“Politico has called Beyond Coal the most successful campaign in the history of the environmental movement. And let me tell you: We are just getting started!

“Tonight, I’m glad to announce that Bloomberg Philanthropies is extending our commitment for another three years. We’re going to make sure that the army of organizers and experts we’ve helped build have the resources they need to accelerate our progress, and we won’t quit until we’ve finished the job!

“Our ultimate goal is to eliminate every last coal-fired power plant in the country and help those communities transition to cleaner energy. There have been lots of people and organizations that have played a crucial role in our progress, and I want to particularly mention the Hewlett, MacArthur, and Energy Foundations, who have all been great partners. I’ll continue to encourage everyone I know to give as generously as they can – and I want to thank all of you for supporting this important work.

“In the years ahead, no matter what obstacles Washington may throw in the way, cities, businesses, and citizens will continue leading the fight against climate change. In fact, even if the administration makes the mistake of pulling us out of the Paris Climate Agreement, I am confident we will fulfill our national obligations under the agreement. In fact: If the Beyond Coal campaign continues to hit its goals, that alone will get us about 60 percent of the way toward our Paris commitment. 60 percent! And when you think about the energy and innovation of America’s cities, businesses, and civic organizations, we’ll be able to get the rest of the way there – and maybe even further!

“The reality is: Washington won’t have the final say on the Paris Agreement. We will. And it’s up to all of us to do our part.

“Over the past year, I teamed up with your former executive director to write a new book, Climate of Hope, which I’m glad to say has become a New York Times bestseller.

“Bloomberg Philanthropies also produced a documentary on the coal industry, called From The Ashes. It will air on the National Geographic Channel on Sunday night, June 25 – so clear your calendars.

“Back in 1897, five years after founding the Sierra Club, John Muir wrote: ‘God has cared for these trees, saved them from drought, disease, avalanches, and a thousand straining, leveling tempests and floods;’ he wrote, ‘but he cannot save them from fools—only Uncle Sam can do that.’ Well, if he were still alive today, he might change ‘Uncle Sam’ to ‘the American public.’

“Over the past 125 years, the Sierra Club has proven that citizens, not Washington, are the driving force in preserving the natural world. So don’t be discouraged by national politics. Be inspired – as I am – by all the incredible work being done in local communities around the country. The more Washington retreats from this fight – the more we have to step up.

“So I just want to thank all of you for helping to helping to lead the way – and congratulations to all the honorees tonight.

“Keep up the great work, and enjoy the night!”