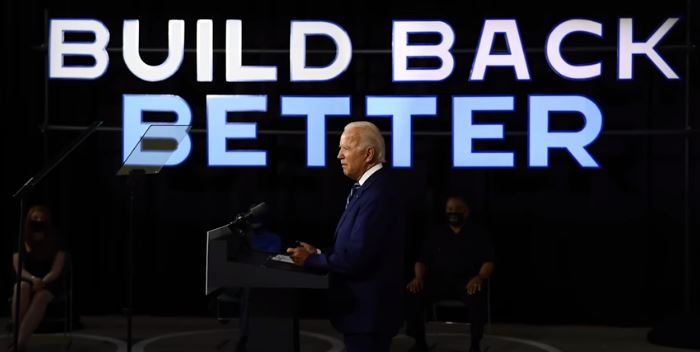 At a time when our country faces an unprecedented economic crisis, this new ad, “Build Back Better,” shares with voters in Florida all that Vice President Joe Biden will do to get the economy back on track and build it back even better.

Citing Joe Biden’s plans to support American manufacturing and workers, create affordable childcare programs, invest in technology, and give the middle class a tax cut and small businesses tax credits, the ad says: “That’s how Joe Biden will bring this economy roaring back. Want proof? He did it before. Joe will do it again.”

“Joe Biden has helped lead our country through an economic recovery once – and he’ll do it again,” said Mike Bloomberg. “Joe has a plan to rebuild the middle class by investing in the American workforce – not giving tax breaks to people like me who don’t need them – and ensuring that hardworking men and women across the country have access to good-paying jobs that will help them put food on the table for their families. He won’t just bring the economy back to where it was before this crisis – he’ll build it back better.”