Op-Ed: The Arc de Triomphe, Wrapped, A Success and A Symbol of Recovery 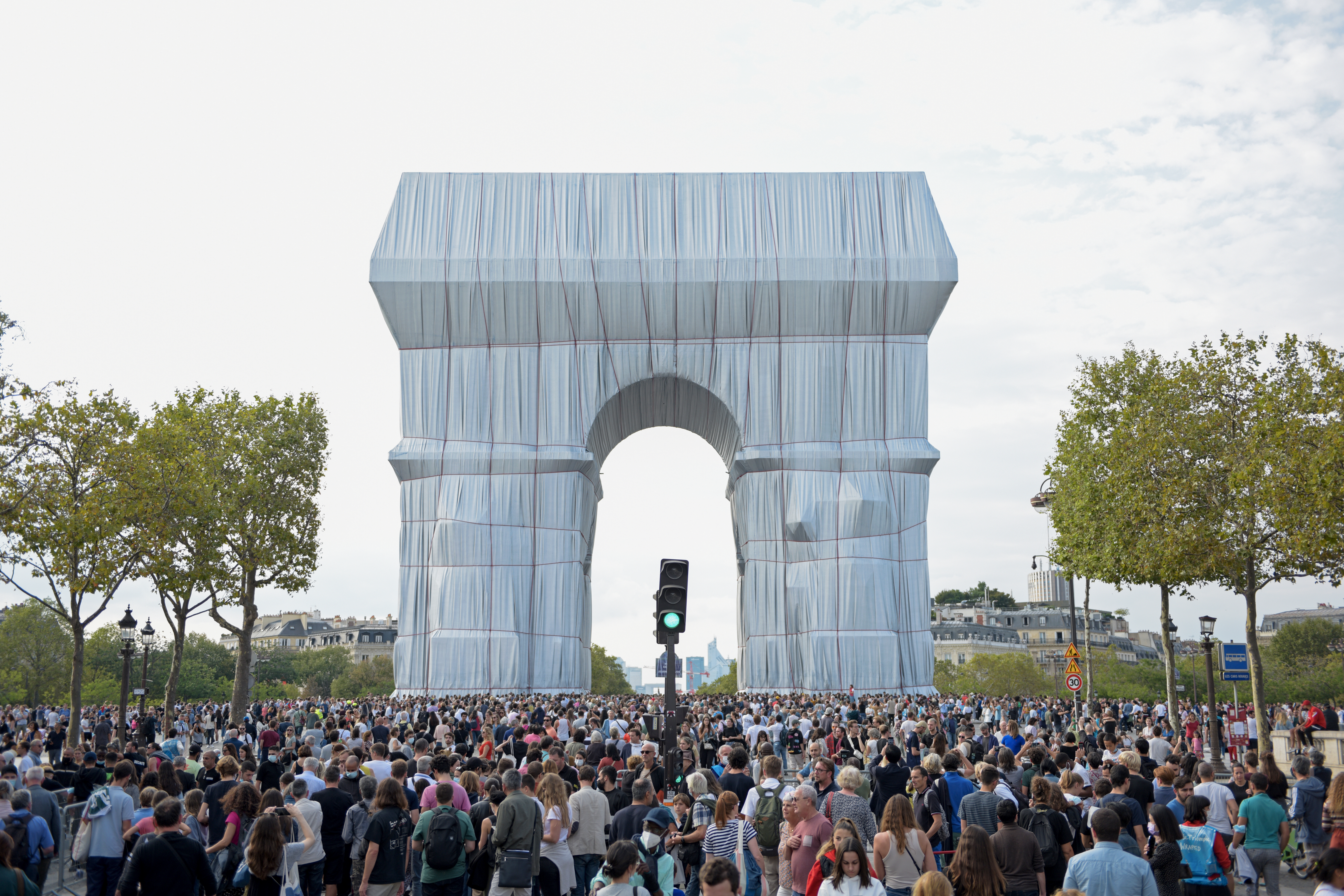 The extraordinary public artwork that Paris hosted this fall – “L’Arc de Triomphe, Wrapped,” by Christo and Jeanne-Claude – generated a great deal of discussion. Some people found its recyclable silvery blue fabric and red rope beautiful and inspiring, while others had more critical opinions. Fostering those healthy conversations is part of the purpose of public art, but there is also something indisputable about the work: It brought substantial economic benefits to the people of Paris.

The project, which was on view for only 16 days, employed over 1,200 people, primarily in France, in its engineering, assembly, and implementation.

It was the largest free public cultural event in Paris since the start of the pandemic, and over six million viewed it in-person. Hundreds of millions more experienced it through media and digital sources, with over 270 million people who saw it on Twitter alone.

During the artwork’s display, tourism in Paris increased by nearly 20% and hotel occupancy rose, too. While the artwork attracted global tourists, including an 83% increase in tourists from Germany and 18% from the U.S., more than half of the viewers were from France, many of them from outside Paris. These visitors patronized local shops, cafes, and other small businesses, giving them a much-needed boost during a difficult time.

Like all cities, Paris has been faced with overcoming the challenges brought on by the coronavirus pandemic, including small business closures and job losses. In the cultural sector, the closures of galleries, concert halls, theaters, and other event spaces has harmed artists and the creative industry, as well the communities that benefit from them.

Tourism is a 21.9 billion euro industry in Paris that comprises nearly 15% of jobs across the greater Paris. Bringing it back from the pandemic, in ways that are safe and healthy, is crucial to the livelihoods and careers of many residents.

Let’s enjoy this moment! The project, which was staged in partnership with the Centre des Monuments Nationaux, provided an economic lift to Paris without requiring any public expense.

And it is not the first time. In 2005, New York City hosted a large-scale artwork by Christo and Jeanne-Claude, called “The Gates.” City government approved it in early 2002, just months after the devastating 9/11 terrorist attacks. The project was a milestone in the city’s recovery, putting New York in every form of media around the world as a capital of creativity and imagination, as over 4 million visitors wandered 23 miles of public pathways in Central Park where the work of art could be seen for 16 days. As with Paris, the project also made a significant economic impact, generating $254 million in transactions at restaurants, hotels, and cultural institutions across the city.

Beyond their economic benefits, these projects provided Paris and New York with a unique opportunity to bring people from diverse backgrounds together in a shared civic experience, enhancing our sense of commonality and community. And the projects gave Parisians and New Yorkers a chance to pause and reflect on treasured landmarks, and see them in fresh new ways.

As we work to emerge stronger from the pandemic, art and artists can play a critical role – not only by inspiring us, and supporting our economies, but also by bringing us together in conversation. In all of those ways, the project by Christo and Jeanne-Claude was a triumph for Paris and for the whole country of France.

This op-ed is a translation of a piece that originally appeared in French in Le Journal du Dimanche.