Prince William, Michael Bloomberg: We’re in a race to save Earth from climate change 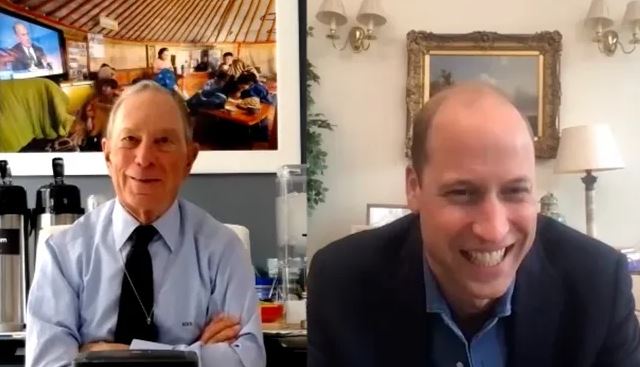 This op-ed originally appeared in USA Today on September 28, 2021

President John F. Kennedy’s Moon Shot called upon Americans to meet “an hour of change and challenge” by putting a man on the moon by the end of the 1960s. His speech and the space program it launched united millions of people around a highly ambitious goal, and it inspired a generation of scientists and engineers, who accelerated our technological progress and helped propel us toward an era of extraterrestrial travel.

An hour of change and challenge is upon us again, but this time the question isn’t whether we can reach the moon. It’s whether we can save the Earth.

The environmental devastation we are witnessing – including record-breaking temperatures across the world; wildfires in the American West, Turkey and Greece; historic flooding in Western Europe, the East Coast of the United States and Central China; and the drought-driven famines in East Africa – is larger than what was feared possible even a year ago.

For so many, simply breathing air and drinking water is now a health hazard. Many others have seen their food supplies grow scarce and their livelihoods threatened by disruptions to the climate, including in the ocean.

The science tells us that this is the decade to act – and that waiting is not an option. Without bold and decisive action, future generations will look back and ask: How could they advance so far in space while leaving their own planet – and their own communities – so vulnerable?