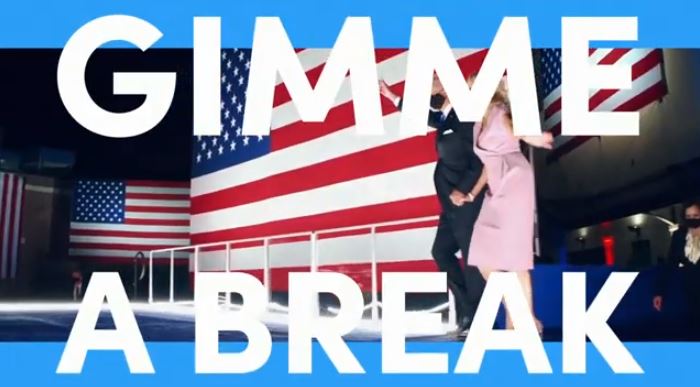 Washington, DC — Priorities USA Action and BlackPAC are releasing a new TV ad as part of an ongoing $3.4 million TV advertising partnership in Florida specifically meant to reach Black voters in the state. The ad buy is funded by Mike Bloomberg’s $100 million investment in Florida in order to solidify Joe Biden’s support in the Sunshine State in the final weeks of the election.

“Gimme A Break” will run on cable and broadcast in Florida television markets spanning from Pensacola to Miami. The ad focuses on what Joe Biden and Kamala Harris will do to reverse Donald Trump’s record of failed leadership. A Biden-Harris administration will address our nation’s health care crisis head-on, create millions of good-paying jobs, and fight against systemic racism. The statewide ad campaign is meant to drive turnout among likely Democratic voters and persuade Black voters who may be undecided.

Priorities USA Action and BlackPAC also funded a $400,000 radio buy in Pennsylvania in order to persuade Black voters in the state.

In the final weeks of the election, Florida remains a critical state on the path to 270. With an increasingly expanded electoral map, Joe Biden has multiple paths to victory — but a Biden win in Florida all but guarantees defeat for Donald Trump.

“Even two weeks out from Election Day, Priorities’ focus is the same. We’re spending our money in places that solidify Joe Biden’s most likely path to victory. Florida remains an important part of that strategy,” said Guy Cecil, Chairman of Priorities USA. “While Donald Trump spreads lies and misinformation, we’re still talking to voters about the issues that matter to them. Only Joe Biden and Kamala Harris have offered real plans to rebuild the economy, combat the coronavirus, and confront racial injustice. We’re proud to continue our partnership with BlackPAC and Mike Bloomberg in order to reach every voter possible in these final, critical weeks of the election.”

“Black voters understand that the stakes for our community in this election couldn’t be higher,” said Adrianne Shropshire, Executive Director of BlackPAC. “Economic and racial justice are on the ballot, a just immigration system is on the ballot, as well as a path to a coronavirus recovery. The turnout we’re seeing is a clear indicator that voters know exactly how crucial their votes are, and BlackPAC is prepared to continue pushing through with them and our partners, Priorities USA Action and Mike Bloomberg, as we sprint toward victory on Election Day.”

“Since day one in office, Donald Trump’s presidency has been defined by chaos and division – and his mismanagement of this Covid-19 crisis has left 200,000 Americans dead and the economy in ruins,” said Mike Bloomberg. “Joe Biden and Kamala Harris will restore steady leadership to the White House, bring the American people together, deal far more effectively with the pandemic and get the country back on track. I’m glad to work with Priorities USA and BlackPAC to inform voters about what’s at stake in this election and help make Joe and Kamala the next president and vice president of the United States.”