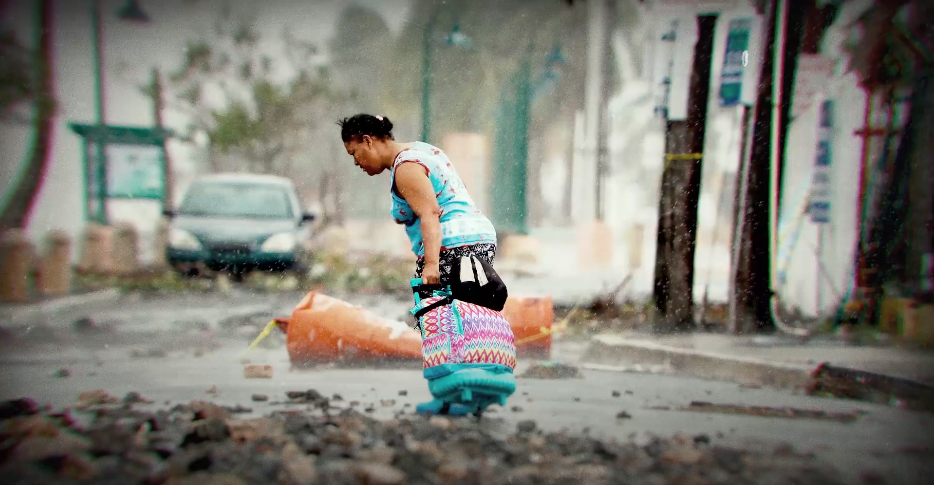 Priorities USA Action and Latino Victory Fund are announcing a new TV ad in Florida, in partnership with Mike Bloomberg, as part of the previously-announced bilingual TV and radio ad buy in the state.

The ad, “El Otro Huracán” (The Other Hurricane), emphasizes Donald Trump’s total disregard for Puerto Rico, driven by his vile, racist assumptions about the island and the people who live there. Trump has called Puerto Rico “dirty” and “poor,” has mused to his staff about selling the island, and is actively suing to prevent the Puerto Rican people from having the same access as inland U.S. citizens to critical government programs.

“El Otro Huracán” will run on cable and broadcast in Orlando, highlighting Donald Trump’s degradation of Puerto Rico and its people. Trump’s racist disregard for the people of Puerto Rico left them out in the cold after the island was devastated by Hurricane Maria. The ad contrasts Donald Trump’s failed leadership with Joe Biden’s consistent record of standing with Puerto Rico.

Priorities has invested over $9 million on TV, digital, and radio ads focused on the Hispanic community as part of an ongoing partnership with Latino Victory Fund. In Florida, Mike Bloomberg has supported Priorities and LVF with over $11 million in statewide television investments in the last two weeks.

“Donald Trump’s treatment of Puerto Rico is yet another example of the disgusting racism that has guided every aspect of his failed leadership,” said Guy Cecil, Chairman of Priorities USA. “We’re proud to continue our partnership with Latino Victory Fund and Mike Bloomberg to tell Florida voters the truth about the extent of Donald Trump’s failed leadership. The Trump administration’s prejudice and incompetence have caused unimaginable harm, especially in places like Puerto Rico. Joe Biden has committed to giving the people of Puerto Rico the resources they deserve, and the American people know that he will keep his word as president.”

“For the last four years, President Trump has done nothing to support the people of Puerto Rico. He has humiliated the Puerto Rican people by withholding much needed aid after Hurricane Maria and calling its leaders corrupt. He has mocked our community labeling us money-hungry, and even proposing to swap Puerto Rico for Greenland,” said Luis Miranda, Chairperson of Latino Victory Fund. “For the millions of us that live in the States, he continues to push for and support policies that strip us of affordable and quality healthcare while our brothers and sisters continue to die due to Covid-19 and his ineptitude. When casting their ballot, the Puerto Rican community will send a loud and clear message to President Trump that we have not and will not forget. We will elect Vice President Joe Biden as the next President of the United States.”

“Donald Trump has made his views toward the Puerto Rican community clear through his callous comments and lack of action following Hurricane Maria. This fall, voters have a chance to cast a ballot for a president who will represent, respect, and support all Americans – not just in times of crisis, but every single day,” said Mike Bloomberg. Joe Biden is that candidate and we’re glad to work with Priorities USA and Latino Victory Fund to rally the Puerto Rican community behind him, and make him and Kamala Harris the next president and vice president of the United States.”