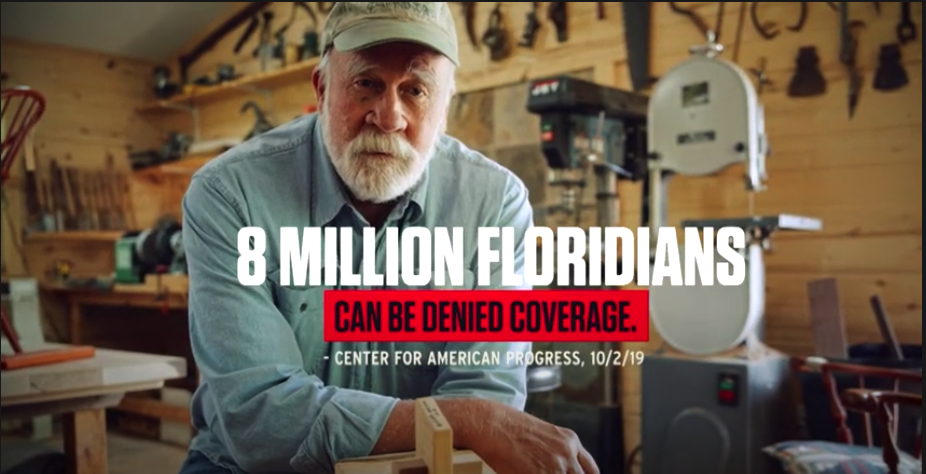 While more than 200,000 Americans have died from the COVID-19 pandemic under Donald Trump’s watch and millions have been infected, this new ad, “Supreme Court ACA ,” outlines the real-life impact Trump will have on Floridians if he is able to repeal the Affordable Care Act through a Supreme Court vacancy.

“Eight million Floridians with pre-existing conditions can be denied coverage. Women can be charged more than men for the same coverage. And Floridians over 50 could pay an Age Tax of up to $4,000 a year,” the ad says. “Trump’s using the Supreme Court to undermine health care, even during a pandemic.”

“In the midst of an unprecedented health crisis that has killed 200,000 Americans – and made millions more sick – access to quality affordable healthcare has never been more important,” said Mike Bloomberg. “There’s only one candidate in this race who wants to uphold the Affordable Care Act and the protections it provides for those with pre-existing conditions – and that’s Joe Biden. We’re going to make sure every voter in Florida knows that when they cast their ballot this fall.”

This is part of Mike Bloomberg’s commitment to spend $100 million in Florida to support Vice President Joe Biden in defeating Donald Trump through Independence USA as well as other Democratic groups. Independence USA PAC’s ads will run daily statewide through Election Day across all ten Florida media markets and are geared towards both persuasion and mobilization in support of Vice President Joe Biden in defeating Donald Trump. This week, Mike Bloomberg also announced an initial ground game investment to get out the vote in communities across Florida.